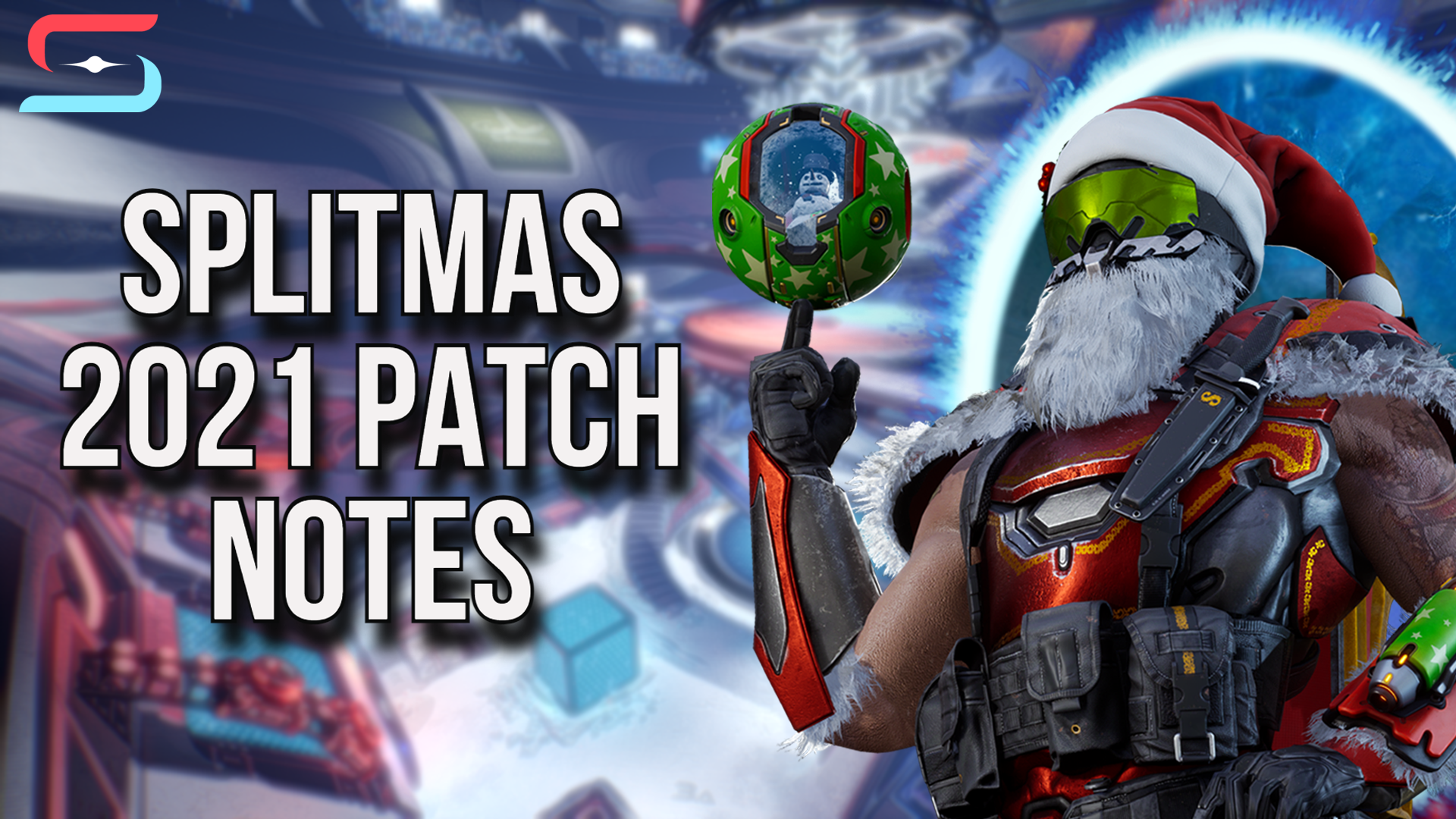 Hey all! It’s been a while since we’ve shared official patch notes with you --not since the September update when we introduced clamber—so we’re definitely overdue for another one. Since that last patch notes, some of the things we’ve added include asymmetrical settings to custom games, a Halloween event called “Spookygate,” and a preview of 5 upcoming maps in their blockout form, among other quality-of-life changes! But enough with the tangents, let’s take a look at what the Winter Update has to offer:

·        Loading screen and main menu have been given the Splitmas treatment.

·        Added a new AR, Bard skin, and spray created by the community for Splitmas.

·        Complete the winter challenges to earn the community items, a new portal skin, and drops.

·        The Season 0 Battle Pass and challenges have been extended until early next year.

The update is live now on Steam, PlayStation, and Xbox. Download now!