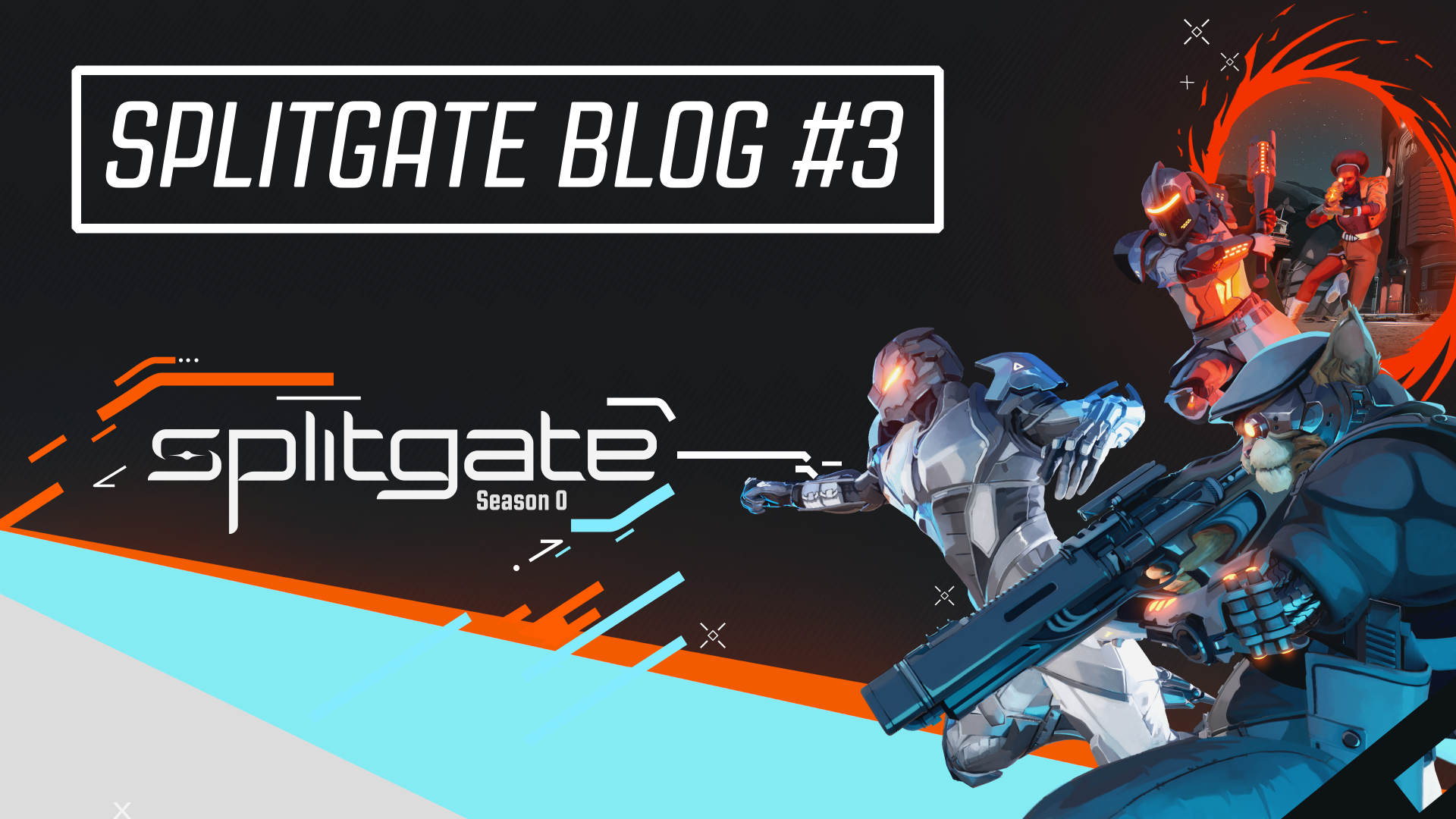 Heyo it’s Endo, back at it again with Dev Blog #3!

If you’re like me and spend too much time on social media, you’ll notice that gamers love to share their opinion about how a game they play can improve. These suggestions usually take the form of a reply on an official game’s post. Splitgate is no exception. This got me thinking, how do we Devs take suggestions into serious consideration?

First off, if you have ever given us a suggestion, let me say that we actually do appreciate it when you share your thoughts! What’s easy to forget is anytime a player makes a serious suggestion or request, that means they care enough about our game to go out of their way and share their thoughts. To think we made a game that’s good enough for people to care about is a pretty awesome thing! That said, once someone in the community sends us a suggestion, what then? Do we even read it? If we do read it, does it reach the actual individuals who could program it into the game? I will address these thoughts and questions, head on.

Community suggestions (in my opinion) can generally be put into one of five categories:

Let’s break down each of these!

Starting off with Naïve suggestions. These are your, “Remove portals from Splitgate!” type of feedback, but not all naïve suggestions are that blatant. They usually come from newer players, and honestly, who can blame them? New players are more familiar with the games they came from and will often apply the logic they’ve learned from those games to Splitgate. Once they figure out things like the portal mechanic or the importance of power weapon timers, it all starts to make sense. That said, don’t hesitate to provide feedback if you are newer! We still read suggestions like that to gauge the thought process of newer players, which helps us in other aspects of development.

Go Against the Splitgate DNA

Second, suggestions that go against the Splitgate DNA. What even is the Splitgate DNA? We make no bones about the fact that Splitgate is an arena shooter and influenced by games like Halo and Portal, but that’s just one part of the story. Here’s a simple formula you can reference: Equal playing field + straightforward gameplay + portals = Splitgate. Obviously, there’s more to it than that, but those are some of the core fundamentals that we refuse to compromise on. Gameplay change suggestions that get rejected are roadblocked by this formula. For example, “Add wall running,” “Let us pick whatever weapon we want to spawn with,” and “Portals should have a cooldown,” are things that we have decided against long ago. Once again, we know this type of feedback comes from a good place, but this should show that sometimes the Devs just have to say, “No.”

Third, suggestions that just wouldn’t work. While this type of feedback doesn’t necessarily go against our “DNA,” it just wouldn’t work out gameplaywise. One example is “Add X Weapon,” but the most common suggestion in this category is, no doubt, “Add lethal grenades.” I’ll admit that I've made this suggestion myself before I became a Dev and was just a player. The answer today is the same answer back then. When Splitgate was early in it’s development, throwable lethal grenades were tested. Think bouncy nades, sticky nades, timed nades, impact nades, one-hit-kill nades, partial damage nades, you name it.

It basically came down to this: If a nade was a one-hit-kill, it became advantageous to always lead off a fight with the weapon that kills fastest, and we didn’t want Splitgate to be a game about throwing bombs. If a nade only did partial damage, then why ever use it when shooting is a much quicker time-to-kill? If you still aren’t convinced, this might be one of those things that you'll have to trust us on.

There's sorta another category that I'll attach to this one, and that's balancing suggestions. I won't go too deep into this as that's whole other topic for another blog post, but stuff like Matchmaking methodology, aim assist strength, and weapon reworks. Balance in all facets is something we constantly think about, and I'll leave it at that.

Now we move on from saying, “No” to “Never-say-never” with number 4: it’s possible, but very ambitious. Battle Royale anybody??  Maybe you’ve also seen our response to that request, never say never! Never say never isn’t “no,” but it definitely is a "no, for now." Why is that? Well, 1047 Games still has a programming team in the single digits, and things like a battle royale mode aren't trivial to add. While it could be done, we can’t even start thinking about it before we add a bunch of other planned content. Things like a single player campaign and a map editor are also ambitious features. We’ll let you know when we have started work on stuff like this.

Finally, the 5th category, “Great idea, we’ll put it on the to-do list!” When a good suggestion gets made, either it’s already been suggested, something we already thought of internally, or something we genuinely hadn’t thought of before. Regardless, when a good suggestion gets made, we add it to the list of things to do or bump up its priority depending on how popular it is. Recent examples of this category include the final killcam, an aim assist slider, and the custom games browser search feature. A feature we didn't think of before but ended up adding recently was the colorblind mode. Accessibility features are something that's easy to miss, so if you have suggestions like that, let us know.

Bottom line, we will prioritize a healthy mix of what the community wants and what Splitgate needs. It's our responsibility to make sure Splitgate is in a healthy state at any given time.

Hopefully that clears up the reasons why we accept or ignore certain suggestions from the community. To be transparent with you, I’d estimate that 95-99% of all suggestions are things we’ve already heard of, both the good and the bad. However, that doesn’t mean you shouldn’t continue to tell us what you think could improve Splitgate! In fact, why don’t you go to Twitter and share your thoughts right now?! I can promise you that we do get around to seeing all your suggestions and they do make it to the literal game programmers’ eyes. And yes, that also includes all the bug reports you guys share.

P.S. next week is going to be nuts, just wait and see.