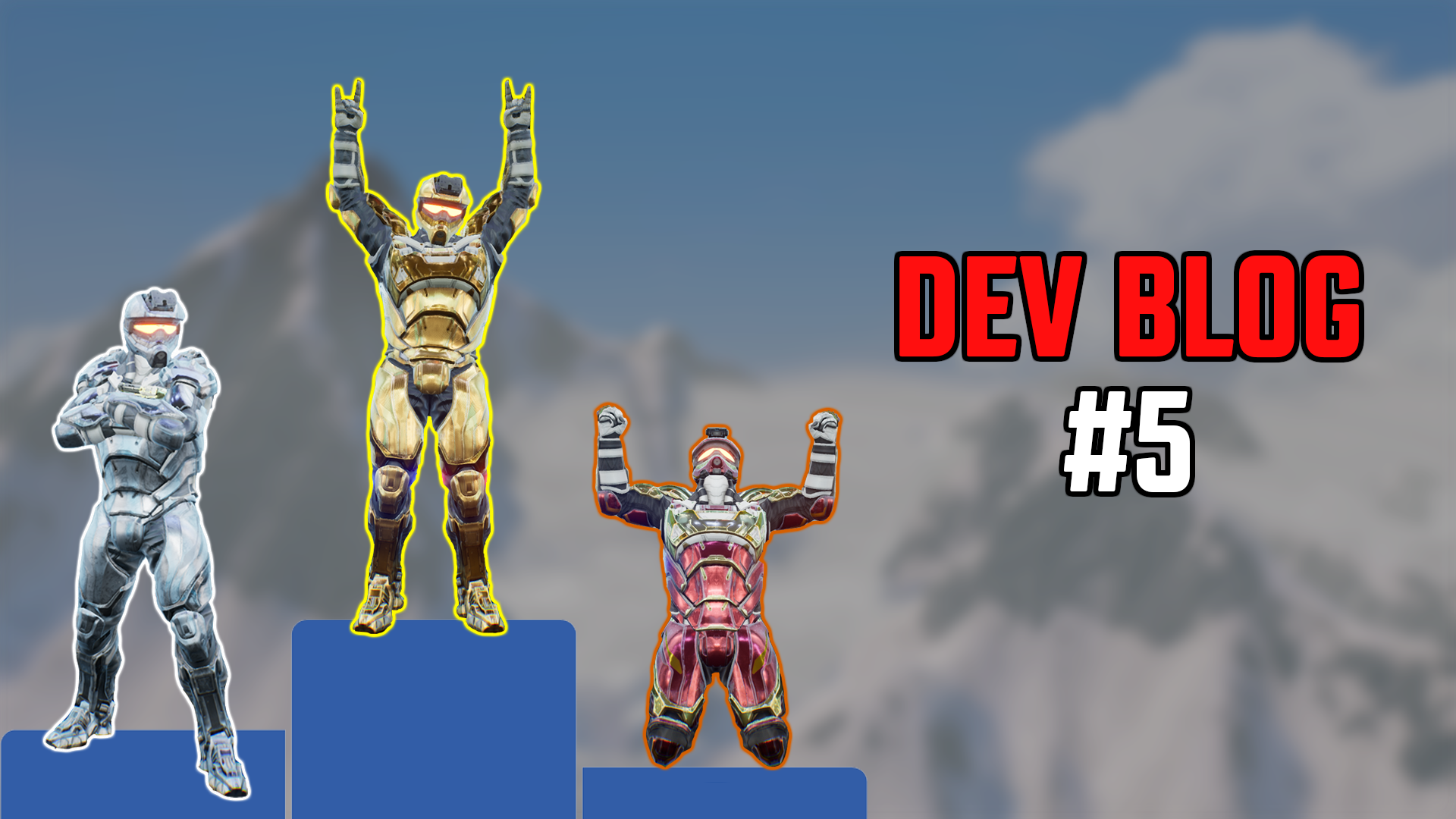 We're already on Blog #5?! Time has flown since we started this blog last month, and there's still A TON of stuff we want to share with you! That's why this week we're going to talk about how the game takes you plus 3 to 7 other players and assembles a match!

Before we begin, you must understand why we are publicly sharing this info. While it's true we want to maintain a reputation of being transparent and communicative, today's blog comes from a place of, "Let us help you help us." What I mean by that is, we've seen numerous comments from various social media platforms that ultimately translate to, "Fix your matchmaking!" K thanks, but we can't read your mind. How is it broken? How should it change? Are you talking about team balance?

We love feedback, but if we don't receive actionable suggestions, then we don't know what you want! In this case, however, we can't blame you for not giving us specific pointers on how our matchmaking should change because we've never shared it with you! The goal of this blog is to arm you with the knowledge of our matchmaking system so you can make informed suggestions on how we could tweak it in the future.
‍

How does our matchmaking work?

No matchmaker is perfect. Sure, some of us have rose-colored glasses from the Halo 2/Halo 3 days of the 1-50 system, but in practice, that system had some fundamental flaws that doesn't work for modern multiplayer. We learned this the hard way back when Splitgate had it's initial PC soft launch in 2019, but that's a story for another time. All you need to know is it was a horrible experience for both new and experienced players alike. That's why we use an Elo system instead.

The goal of our Elo system is give players the best experience possible. The way we use Elo to determine game balance depends on if you're queuing social or ranked. For social, we are very, very loose with using Elo as a way to balance a game based on skill. In practice, the social matchmaker only prevents brand new players from the pro-est pros.

When you queue, say, Ranked 4v4, multiple things are being considered and prioritized before the game plucks you out of the waiting lobby and into the pre-game voting lobby. The first priority for the matchmaker is to find 7 other players within a tight Elo range of you to create the most balanced match as possible. Priority number two is finding you a game in a timely fashion: no one wants to wait forever for the "perfect" match! After a few minutes, the Elo range finder I was talking about slowly expands to include more and more potential players. The player who waited the longest in a queue is who we base this decision around.

Ok! Now the matchmaker thinks it found 8 other players within a certain Elo range. Next, the Matchmaker must determine if it can balance the match into two teams of 4 (or 2 or 3 if you're queuing 2v2's or Takedown). This is where the concept of "Team Elo" comes into play. Team Elo is the average Elo of all players on the team. Not accounting for party-queuing for now, the Matchmaker will create the match if the teams are close enough in Team Elo.

So why do some games feel less balanced than others?

Remember what I said earlier about the Elo range expanding as time goes on? Given enough time, that range increases to a sizable degree, but that's not to say we still can't balance games as best we can.

Let's say we have 8 players queuing for several minutes but still haven't gotten a game. In this scenario, we have 2 Champions, 2 Golds, and 4 Diamond players, and they are all solo queuing. Enough time has passed for the Elo range finder to expand wide enough to encompass all players (the reason it waits for so long is because it hopes more ideal players join the queue). The matchmaker groups the 8 players together in a lobby and assembles the teams like this:

Why did the teams balance out like this? Once the Elo range finder allowed the Golds and Champions in the same game, it had to make sure it can make two teams' with Team Elo that's close enough. When averaging the Elos of the 2 champions with the 2 gold players, it results in a TE somewhere in Diamond. When averaging the 4 Diamond players, of course, their TE will be Diamond. There's our match!

Hopefully that made sense! If not, let's review the basic parts of the Ranked Matchmaker.

Of course, this system isn't without it's flaws since it's impossible to account for every variable. In that example from earlier, what if one of those Diamond players was carried by a 4-stack before, and this was their first time solo queuing? What if one of the Champions was just having a bad day and performed badly? One of the Gold's GFuel could have kicked in at the perfect moment. Perhaps Club Silo DOM got picked and that's one of the player's worst maps. These are just a few examples of why an Elo system isn't perfect, but unfortunately we live in a world of imperfect systems.

Other things I didn't mention

I haven't even accounted for other situations like party-queuing (when 2 or more players queue together), unranked players, and Ping. Let me know if we should have a follow up blog to the matchmaking topic, but I'll briefly address these other variables in the meantime.

Party-queuing produces something similar to Team Elo, called Party Elo. The Party Elo is calculated into Team Elo when balancing teams, but since parties can't be separated into different teams, there's slightly more lenience with the TE vs TE balance.

Unranked players still have Elo, it's just hidden. While unranked players are doing their 5 placement matches, their Elos fluctuate slightly faster from winning and losing in comparison to post-placement games. Unranked players' Elo start somewhere in the middle.

Ping is also accounted for when finding players to assemble a match. For the first 3-5 minutes, the Matchmaker will only allow you to play a game that gives you 70 or less ping. After that time, it allows for 100 or less ping. Eventually, that range expands if there still aren't games.

Hopefully this blog has adequately explained our philosophy behind our matchmaking system. We want you to have the most enjoyable games possible in the shortest time possible, but ultimately there can only be one winner in any given match. Just because you lose 650-700 on Abyss DOM doesn't necessarily mean your game was unbalanced, it just means there is room for you and your teammates to improve! Even if it's a blowout loss, games like that are going to happen when there are so many variables we can't account for.

With all that said, here's your turn to give feedback on where we could tweak the Matchmaker! Maybe you think the Team Elo balancing should be tighter or maybe the Elo range finder should never go above a certain limit? Use your newly acquired knowledge and tell us what you think!

P.S. If you want a follow-up blog to the matchmaking topic, perhaps we can do it in a Q&A format. Also let us know!